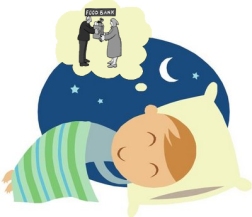 You first heard the idea in kindergarten: Share your toys. Later on, you were taught, “do unto others.”  And as an adult, you may have gotten the advice that the best way to feel better about yourself is to help the less fortunate.

No matter how you got the message, the concept of altruism is one that is ingrained (or should be) in our collective social conscience. Not only because acts of altruism benefit society as a whole but because, darn it, it just feels right!

So volunteering and giving feel good. But is altruism actually good for your health? The Dartmouth Undergraduate Journal of Science tackled that question in 2009 and came to the conclusion that …it is.

Give More, Live More
As the DUJS reported, several studies indicated that volunteers live longer than non-volunteers. Altruistic people also enjoyed more physical well-being.  “Those who were volunteering 100 hours or more in 1998 were approximately 30% less likely to experience physical functioning limitations, even after adjusting for demographics, socioeconomic status and baseline functioning limitations,” the report states.

One example they used: an elderly man who was able to ditch his cane after serving as a volunteer. Now, you may not realize such dramatic changes in your health, but hey … it couldn’t hurt!

Improve Your Outlook
Improved mental health is also a pleasant by-product of altruism. In a 1998 study of young volunteers conducted by the Journal of Research on Adolescence, results suggested that teens who spent time volunteering “had higher future aspirations, higher self-esteem, and a higher intrinsic motivation toward school work,” as the DJUS noted. Volunteering exposes you to new ideas and introduces you to new people – it lifts you out of yourself and gets you out of your routine in a satisfying, unstressful way.

The “Chicken or the Egg” Question
Here’s another question to ponder: Do you feel good because you’re helping others …or vice versa: do your altruistic impulses derive from your own healthy attitudes?  The Dartmouth researchers batted that one around, too – and they conclude that the more help you give, the better you feel. A University of Massachusetts Medical School study agrees: “”The act of giving to someone else may have mental-health benefits because the very nature of focusing outside the self counters the self-focused nature of anxiety or depression.”

The Best Way to Get Tired
So, in conclusion, who can deny that good feeling … and the good night’s sleep that await you after a Saturday working on Habitat for Humanity projects, or cleaning cages at the animal shelter, or unpacking boxes at the local food bank? It’s the “tired in a good way” sensation that runners sometimes feel after a successful 10K race. And it sure beats the “tired out from nothing” doldrums you’d get by spending your entire Saturday on the couch.

So if you’re the type who tends to toss and turn in bed, perhaps the key to a better night’s sleep is to have a better day – one that includes a healthy dose of altruism.